FREE UK DELIVERY ON ALL ORDERS OVER £90 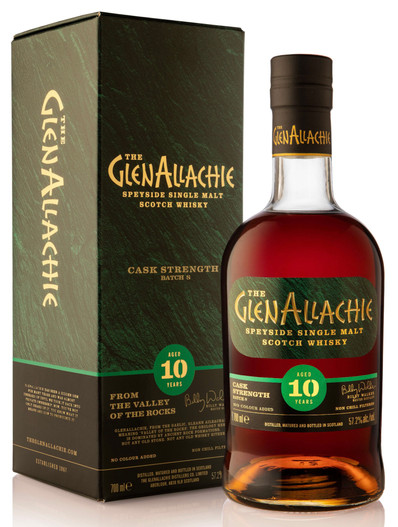 SKU:
MSGLNAL039S
UPC:
5060568325408
Availability:
InStock
Gift wrapping:
Options available in cart
Shipping:
Calculated at Checkout
Distillery Facts:
The GlenAllachie Distillery was the fourth distillery designed by William-Delme Evans and built by MacKinley McPherson (distilling arm of Scottish and Newcastle). It was designed to be almost full gravity fed to run on reduced energy in 1967.
Delivery:
Usually dispatched within 24 hours

Carefully crafted by Master Blender Billy Walker, who this year celebrates five decades in the whisky industry, this release is the epitome of the art of wood management. A marriage of whisky from a combination of Pedro Ximénez and Oloroso Sherry puncheons, along with a small quantity of Virgin Oak and Rioja casks, the resulting liquid is bursting with indulgent notes of tangy orange, rich mocha and sweet spices. Presented at natural cask strength of 57.2% ABV, without chill-filtration and at natural colour to showcase the whisky in its purest form.

Check out our other expressions of The Glenallachie.

Lashings of cinnamon spice, molasses and honeycomb, followed by ginger and dark chocolate.

Hints of nutmeg and fennel on the finish.